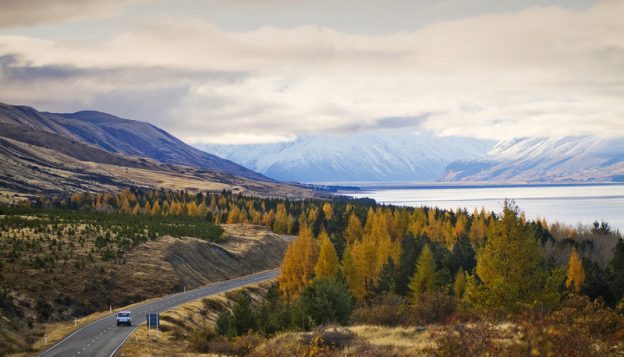 If you love driving and are not fortunate enough to live on the doorstep of the world’s best roads to drive on, what follows may inspire some driving destinations full of spectacular scenery, challenging twists and turns, and outstanding challenges.

The Big Sur, California
America has produced some of the most fabulous cars in automotive history, and it also boasts some of the best and most legendary driving experiences. Also known by its formal name of Highway 1 this road runs by the central Californian coast through Big Sur itself. This famous stretch from Carmel to San Simeon has the Pacific Ocean to its west and the Santa Lucia mountains to its east. The narrow road is only two lanes with winding turns and views of the spectacular coastline which is often shrouded in mist.

Norway’s Atlantic Road
This spectacular road is more of a bridge, spanning the 5.2 miles between the towns of Kristiansund and Molde. Part of Country Road 64, this remarkable roadway is built upon several islands, using no fewer than eight bridges and a number of viaducts and causeways.

Tianmen Mountain Road of China
For sheer drama of landscape and engineering, this road takes some beating. In the Tianmen Mountain National Park this 11 km road boasts no fewer than 99 bends. Built into the sides of the mountain, with spire-like peaks, the road ribbons against the green mountainside, giving views like no other.

Florida Keys Seven Mile Bridge
Actually it’s 6.765 miles, but that doesn’t make this two lane bridge in Monroe County, Florida any less impressive and unique. Around the centre the bridge rises to 65 feet to allow shipping to pass underneath, but the rest of it is much closer to the water, making it an exhilarating drive.

Australia’s Great Ocean Road
It stretches for 151 miles along the south-eastern Australian coast between Torquay and Warrnambool. The road was built between 1919 and 1932 by soldiers returned from the Great War and is the world’s largest war memorial, being dedicated to casualties of World War I. The road winds through varied terrain beside the coast giving a wide range of views.

Sani Pass, South Africa
Driving this road requires above average experience and skill, making it a true challenge. The 9km long Pass forms part of the road joining Underberg and Mokhotlong in Lesotho. Vehicles deemed unsuitable for the journey will be turned away by South African immigration at the bottom of the Pass. Lesotho border agents at the other end will usually, however, allow most to attempt to descend. Drivers can therefore make a choice between the type of vehicle they wish to use and from which end of the Pass to make an attempt.